• Vladimir Popov is Sector Head at the Academy of the National Economy in Moscow, Russia. In 1998-99 he is a visiting professor at Queen's University (Kingston) and Carleton University (Ottawa) in Canada. 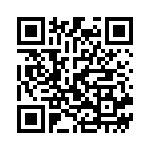