Rebecca Totaro is professor of English at Florida Gulf Coast University. She is the author of The Plague in Print and coeditor of Representing the Plague in Early Modern England. A member of the Folger Institute Year-Long Colloquium "Vernacular Health and Healing" (2007-08), she was awarded a short-term fellowship at the Folger Shakespeare Library for her work on early modern meteorology and physiology, and recently received the 2010 Monroe Kirk Spears Award for the best essay of the year published in SEL Studies in English Literary Studies 1500-1900 for her essay, "Securing Sleep in Hamlet." 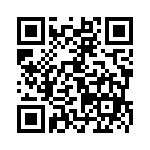