Roger Joseph Ebert was born on June 18, 1942 in Urbana, Illinois, and died on April 4, 2013. He received his undergraduate degree from the University of Illinois at Urbana-Champaign, where he was editor of the Daily Illini. He is best known for his film review column in the Chicago Sun Times since 1967 and for the television programs Sneak Previews, At the Movies with Gene Siskel and Roger Ebert and Siskel and Ebert and The Movies. After Gene Siskel's death in 1999, Roger Ebert teamed up with Ruchard Roeper for the television series Ebert and Roeper and The Movies which began airing in 2000. Ebert's movie reviews were in more than 200 newspapers in the U.S. and worldwide by Universal Press Syndicate. He wrote more than 15 books, including his annual movie yearbook which was a collection of his reviews for that specific year. He became the first film critic to win a Pulitzer Prize. In June 2005, he was given a star on the Hollywood Walk of Fame; he was the first professional critic to receive this award. He received honorary degrees from the University of Colorado, the AFI Conservatory, and the School of Art Institute of Chicago. Ebert died on April 4, 2013 at age 70. He had lost his voice and much of his jaw after battling thyroid and salivary gland cancer. 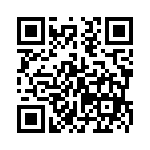