Faydor L. Litvin has been a Professor at the University of Illinois, Chicago for the past 30 years after 30 years as a Professor and Department Head of Leningrad Polytechnic University and Leningrad Institute of Precise Mechanics and Optics. Dr Litvin is the author of more than 300 publications (including 10 monographs) as well as the inventor and co-inventor of 25 inventions. Among his many honors Dr Litvin was made Doctor Honoris Causa of Miskolc University, Hungary, in 1999. He was named Inventor of the Year 2001 by the University of Illinois at Chicago and has been awarded 12 NASA Tech Brief awards; the 2001 Thomas Bernard Hall Prize (Institution of Mechanical Engineers, UK); and the 2004 Thomas A. Edison Award (ASME). He was elected a Fellow in the ASME and American Gear Manufacturers Association (AGMA). He has supervised 84 Ph.D. students. In addition to his deep interest in teaching, Dr Litvin has conducted seminal research on the theory of mechanisms and the theory and design of gears.

Alfonso Fuentes is a Professor of Mechanical Engineering at the Polytechnic University of Cartagena (UPCT). He has more than 15 years of teaching experience in machine element design and is the author of more than 65 publications. He was a Visiting Scholar and Research Scientist at the Gear Research Center of the University of Illinois, Chicago from 1999 to 2001. Among his many honors he was awarded the 2001 Thomas Bernard Hall Prize (Institution of Mechanical Engineers, UK) and the NASA Tech Brief Award Nº 17596-1 for the development of a new technology - 'New Geometry of Face Worms Gear Drives with Conical and Cylindrical Worms.' He is a member of the editorial boards of Mechanism and Machine Theory, the Open Mechanical Engineering Journal, and Recent Patents on Mechanical Engineering. Dr Fuentes is a Member of the AGMA and the ASME. This is his second book.

Ignacio Gonzalez earned his Ph.D. from the Polytechnic University of Cartagena (UPCT) in 2003. He was a Visiting Scholar at the Gear Research Center of the University of Illinois at Chicago from 2001 to 2003 and a Visiting Scientist at the Gear Research and Development Department of Yamaha Motor Co., Ltd., in Japan, in 2005. Dr Gonzalez is currently an Associate Professor at the Department of Mechanical Engineering of the Polytechnic University of Cartagena (UPCT). He is a Member of the AGMA and the ASME. He received an AGMA student paper award in 2002 and a UPCT research award for his thesis in 2006.

Kenichi Hayasaka graduated from Tohoku University, Japan, in 1977 and earned his master's degree in 1983 from the University of Illinois at Chicago. He is the author of 16 research publications and inventor and co-inventor of 23 inventions. Mr Hayasaka has been a researcher and engineer at Yamaha Motor Co., Ltd., since 1977. He is involved in the research and design of gears and transmissions applied in motorcycles and marine propulsion systems and in the development of enhanced computerized design systems for optimizing low-noise and durability of spiral bevel gears, helical gears, and spur gears. 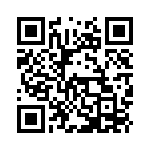