Professor W Brian Rowe has wide industrial and research experience gained mainly with the machine tool, automotive and aerospace industries. His early experience was gained with Austin Motors of Longbridge, Birmingham. Later, at Wickman Machine Tools in Coventry, he was responsible for grinding machine developments. He developed hydrostatic grinding machines for high-stiffness and high-precision. A hydrostatic internal grinding machine won the Queens Award for Industry. His book on hydrostatic and hybrid bearing design is recognised as a foremost text on the subject. At Manchester University, he carried out seminal research on centerless grinding. This research led to a consuming interest in novel design and optimisation of grinding machines, grinding processes and grinding machine control systems. In 1973, he became Professor and Head of Mechanical Engineering at Liverpool Polytechnic (Liverpool John Moores University since 1992) where he set up and ran the Advanced Manufacturing Technology Research Laboratory (AMTREL). This dynamic group worked closely with industrial companies on every aspect of grinding, including machine design, machine dynamics, high-speed grinding, adaptive control, computer numerical control systems, thermal damage and fluid delivery. In-depth analysis of thermal damage led to new techniques for measurement, analysis and control of grinding temperatures. These studies showed that removal rate could be pushed further than might previously have been imagined.

The author has been recognized by a number of awards for his research including a Doctor of Science degree from Manchester University in 1976. Prizes from the Institution of Mechanical Engineers include separate Joseph Whitworth awards for manufacturing and for tribology, the Donald Julius Groen prize and the A M Strickland prize, the Walter R Evans Award and Platinum Eagle Medal from the Bently Pressurized Bearing Company in the USA, a Goldsmith Fellowship and a Theodore Krengel Visiting Professorship at Technion Institute. He is a Fellow of the International Academy of Production Engineering (CIRP). He and his group have published more than 250 scientific papers, several books and a number of patents. 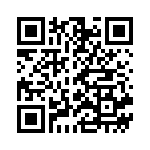