Monica H. Green is Professor of History at Arizona State University where she holds affiliate appointments in Women's and Gender Studies; Bioethics; and the Program in Social Science and Global Health in the School of Human Evolution and Social Change. Women's Healthcare in the Medieval West: Texts and Contexts, a collection of her major essays, was co-winner of the 2004 John Nicholas Brown Prize for the best first book in medieval studies from the Medieval Academy of America. Her other publications include The 'Trotula': A Medieval Compendium of Women's Medicine, of which she was both editor and translator. 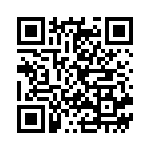