I found this to be a very honest depiction of Madonna, which is cool, because it not only talked about the good stuff, but it didn't hide her bad qualities. Despite the fact that I haven't been that into her more recent music, I will always love and admire her! Читать весь отзыв

Good overview of the different sides of Madonna, but clearly written with affection for her. No real meaty information but great to read if you're a fan. Читать весь отзыв

Bestselling author and news reporter J. Randy Taraborrelli was born on February 29, 1956. His biographies have focused on celebrities such as Cher, Carol Burnett, Diana Ross, Michael Jackson, Frank Sinatra, Madonna, Elizabeth Taylor, and Marilyn Monroe. His biography called The Hiltons: The True Story of an American Dynasty, made it to the New York Times bestseller list in 2014. His latest book is Jackie, Janet & Lee: The Secret Lives of Janet Auchincloss and Her Daughters, Jacqueline Kennedy Onassis and Lee Radziwill, published in January 2018. Taraborrelli has been a guest on television programs including Today, Good Morning America, CBS This Morning, Larry King Live, Entertainment Tonight, The Insider, and CNN. He also contributes entertainment articles internationally to Hello!, The Daily Mail and Sunday Mail, and Australia's Women's Weekly. 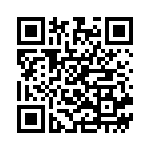