Malcolm Nance is a globally recognized counterterrorism expert and intelligence community member who has been deployed to intelligence operations in the Balkans, the Middle East, and sub-Saharan Africa. He is the author of The Plot to Hack America and Defeating ISIS and he appears regularly on MSNBC. Nance lives in Philadelphia, Pennsylvania. Nance was named a Genius for the Third Annual MSNBC and 92Y “7 Days of Genius” Festival in March 2016. Christopher Sampson is an expert in multimedia and terrorist use of cyberspace. He maintains the Terrorpedia database of the Terror Asymmetrics Project on Strategy, Tactics, and Radical Ideologies (TAPSTRI) along with spearheading that group’s Terror Counter-Ideology Disrupt and Eliminate project. Sampson has been featured on the BBC as well as numerous radio broadcasts and newspapers. Ali H. Soufan is a former FBI special agent and counterterrorism interrogator. He is author of the New York Times bestseller The Black Banners: The Inside Story of 9/11 and the War against Al Qaeda. 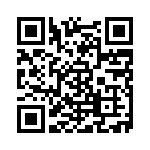