Ruth Milkman is Distinguished Professor of Sociology at The CUNY Graduate Center. Her books include On Gender, Labor, and Inequality and L.A. Story: Immigrant Workers and the Future of the U.S. Labor Movement. 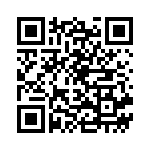