Nick Kanas, M.D., is Professor of Psychiatry at the University of California, San Francisco. He has been a member of the San Francisco Amateur Astronomers since 1978 and has collected and researched antiquarian celestial books, atlases, and prints for nearly 25 years. He is a member of several map collector societies and has lectured on the history of celestial cartography at scientific and non-scientific meetings of organizations such as the Sydney (Australia) Observatory, the 20th International Conference on the History of Cartography, and the California Map Society. He also has written articles on this subject for a number of journals and magazines, including Sky & Telescope, Mercury, Imago Mundi, MercatorТs World, and the Journal of the International Map CollectorsТ Society. Professor Kanas has written over 160 professional articles and 3 books, including, with D. Manzey, Space Psychology and Psychiatry (Kluwer/Springer, 2003), which won the 2004 International Academy of Astronautics Life Science Book Award. He also won Honorable Mention in the 2006 Boeing/Griffith Observer Science Writing Contest for his astronomy article on "Sacrobosco's De Sphaera" (which was published in the astronomy magazine Griffith Observer, sponsored by the Griffith Observatory in Los Angeles). 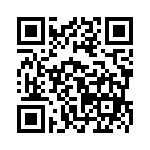