C. Stephen Jaeger is Gutsgell Professor Emeritus in the Departments of Germanic Languages and Literatures and Comparative Literature at the University of Illinois at Urbana-Champaign. He is the author of The Envy of Angels: Cathedral Schools and Social Ideals in Medieval Europe, 950-1200, winner of the 1995 Jacques Barzun Prize in Cultural History, and Ennobling Love: In Search of a Lost Sensibility, both of which are available from the University of Pennsylvania Press. 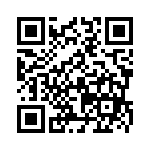