He participated in many International Conferences, often with invited lectures and as Chairman. His research activities where carried on mainly in the topics of Tribology, Rotor Dynamics, Mechanical Vibrations, Chaotic Motions of Mechanical Systems, Robot Mechanics, Video Applications for Robotics. Since several years he is interested in studies and researches on the History of Engineering and presently he cooperates with researchers (also on the field) mainly in which the Classic Age is concerned. He is a member of the A.I.S.I (Italian Society for the History of Engineering).

Flavio Russo holds a degree in Mining Engineering from the University of Rome.

Has been studying military architecture and military history in general for the past thirty years, focusing especially on military technology. For ten years he was member of Scientific Councils of the Italian Institute for the Castles and of National Committee for Studies of Fortified Architectures at the Italian Cultural Heritage Department.

Currently he is working at the reconstruction of a roman water wheel, starting from archaeological finds. 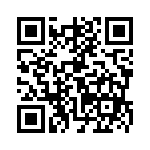